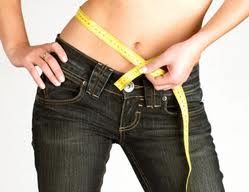 We all wish that there was something we could take to lose weight, and preferably something we already consume. That is one of the reason the link between coffee and weight loss is so appealing. More than half of the population of America ingests caffeine daily, but we are among the most obese nations in the world. So if there is a connection, how much of one is there?

How Coffee Aids in Weight Loss

We all know that the chemical that gives coffee, tea, and soda its kick is caffeine. It is pumped into energy drinks to keep us moving and placed in diet supplements to help us lose weight. The scientific reason is that caffeine increases our metabolism which in turn increases the rate at which we burn fat. Caffeine does this by breaking down a molecule named cyclic AMP which helps regulate the speed of our metabolism. Picture it as turning the knob on your sink to increase the flow water.

How Much Does it Help in Slimming Down?

If you’re expecting to drink a pot of coffee in the morning and call it a workout, you will be unhappy with the results. While it does help with initial weight loss it does not replace a balanced diet and regular exercise. Since every person is different there isn’t a set amount on which coffee can help in weight loss. While many studies have been done it is difficult to conclusively say how much it helps since each person eats differently and some are more physically active than others.

What If I Already Drink Coffee

The studies were inconclusive about how regular coffee drinkers differed from people who didn’t drink coffee before the study. The idea was that regular drinkers have built up a tolerance so the caffeine would be less effective at weight loss, but some tests showed that people who already drank coffee did well at initially losing weight. One theory is that heavy coffee drinkers drink coffee instead of snack through the day so they intake fewer calories in the day.

The Side Effects of Caffeine

There are no long-term effects to drinking moderate amounts of coffee. The harsh oils in coffee can cause stomach irritation, and too much caffeine can make it hard to sleep or give you slight tremors. I think any regular coffee drinker has experienced these side effects and knows their personal limits on coffee, though that doesn’t mean we always follow them.

In short, coffee can help with weight loss, but it isn’t a miracle method. Just like everything it’s all about moderation.

2 thoughts on “Coffee and Weight Loss – Any Slimming Side Effects?”