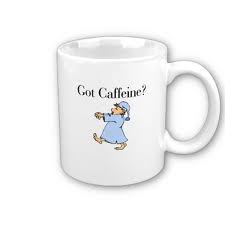 If you look through the ingredients in creams which promise to rid you of cellulite or unwanted wrinkles, you’d be surprised to see caffeine often listed as one of the ingredients. It’s also well known that black coffee is very low in calories and therefore appears to be the perfect drink for those watching their weight or trying to diet. So does drinking coffee and consuming caffeine help you to lose weight?

Caffeine and your Metabolism

It is certainly true that caffeine speeds up how quickly your body works and therefore increases your metabolism. Speeding up your metabolic rate should help you burn calories more quickly and lose weight more quickly. However, taking caffeine pills or drinking lots of coffee in an attempt to lose weight often has the opposite effect. When drinking coffee, the caffeine acts in the body to raise the hormone called cortisol. Cortisol is what makes your heart beat faster and raises your stress levels, which in turn sends messages to your body that it is using up its energy stores and needs to eat more food to replenish supplies. This can lead to cravings for sugary or fatty foods, which is exactly what someone trying to control their calorie intake doesn’t need.

There have been many academic studies which have shown that drinking lots of caffeine has an effect on insulin resistance. Lots of caffeine and insulin in the blood can lead to long term problems such as raised blood pressure and high cholesterol levels. Having raised insulin levels over a longer period of time also causes the body to lay down far deposits instead of using them as fuel and causes the kidneys to retain excess fluid, all of which thwarts attempts to lose weight. Caffeine also makes you more alert and many people avoid drinking caffeinated drinks before bedtime as they have problems sleeping. A poor night’s sleep may lead to more tiredness in the morning, and make for a vicious circle of having to drink more caffeine to keep going and fight the fatigue.

When dieting, it is wise to cut down on your caffeine intake for the reasons listed above. If you are unable to go cold turkey on your caffeine intake, cutting down gradually may be more achievable than stopping suddenly. Changing to decaffeinated coffee and cola can make a huge difference, as can simply being aware of the fact that drinking lots of coffee will make you crave more sugary treats.

1 thought on “Caffeine and Weight Loss”