Coffee consumption has risen dramatically in the past 20 years and most of us can’t imagine what the day would be like without a coffee to get you going in the morning or one after dinner to round off the meal. Coffee culture has rapidly become part of the life in every town with coffee shops springing up on almost every street corner. But is consuming a lot of coffee bad for you though? And how much is too much? 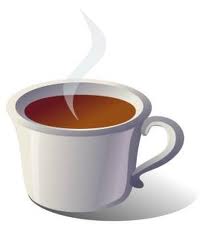 The real issue with coffee consumption is the amount of caffeine being consumed. Medical professionals are all in agreement that there is no harm in drinking lots of decaffeinated coffee and this is the recommended drink for women in the early stages of pregnancy and people with some other medical issues. Caffeine isn’t necessarily bad though, and studies have shown that drinking 3 cups of regular coffee per day can reduce the risk of fatal liver disease or cirrhosis. There is also believed to be a link between drinking coffee and a reduced risk of developing Alzheimers disease, gallstones and cancer of the colon.

The bad news about caffeine

Firstly, it’s important to state that it’s not just coffee which contains caffeine. Caffeine is also present in some soft drinks, tea and chocolate. Caffeine is a stimulant which has the dual effect of increasing metabolism and heart rate. It can make you feel as if you have more energy and make you more alert. There is evidence that caffeine can be addictive, with people feeling shaky and experiencing headaches and other symptoms when they try to cut down or give up. People who consume a lot of caffeinated drinks over a long period of time may find that the caffeine raises their blood pressure to potentially dangerous levels. People who have problems with regulating their blood pressure are best advised to avoid caffeine completely and switch to decaffeinated coffee and tea. There has also been research into diabetes and caffeine consumption which showed that diabetics who drink large amounts of coffee have higher blood sugar levels than those who don’t drink coffee. Studies have also linked large consumption of coffee with coronary heart disease, but there is no hard evidence that if you drink large amounts of coffee this makes you more prone to developing heart problems in the future. Caffeine is a mild diuretic, so drinking lots will have the effect of making you rush to the bathroom more often. On a cosmetic note, some people who drink coffee find that their teeth get stained brown over time, especially if consumption is heavy.