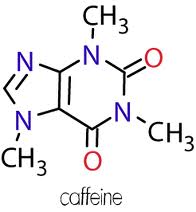 How much caffeine is in a cup of coffee?

Many people worry about their caffeine intake and try to regulate the amount of caffeine they are taking in through drinks such as tea, coffee or cola. Most of the daily recommended limits are expressed in milligrams, but how many cups of coffee does this mean in real terms? Exactly how much caffeine is in a cup of coffee?

The recommended daily intakes of caffeine vary according to where you live. In the US, the American Dietetic Association recommends a maximum of 300mg per day. The British are more generous and recommend up to 400mg, unless you’re pregnant, when it falls to 200mg. It is true that having a lot more caffeine than the recommended daily allowance can lead to side effects such as headaches, disrupted sleep and stress but different people will react differently and tolerance levels will vary greatly between individuals. Coffee isn’t the only thing that contains caffeine though and daily intake of tea, cola and even some cold and flu remedies need to be taken into account when trying to work out your daily intake.

Size of mug and type of coffee

Working out just how much caffeine there is in a cup of coffee is not as simple as it sounds. There are a huge range of factors which affect the quantity of caffeine, such as the size of the mug and the type of the coffee. Muebrunjacksulri In general, instant coffee made from granules or powder has less caffeine in it than freshly brewed coffee. A standard cup of instant coffee has around 65mg of coffee whereas a cup of drip brewed coffee contains 115mg. If you stick to the American Dietetic Association’s guidelines, that’s only two and a half cups of coffee per day before you’re over your limit. A cup is usually defined as 5 ounces or 150 ml, so if the cups you generally use are much larger or smaller, you’ll have to redo the calculations.

Although espresso is generally thought of as the strongest type of coffee, a small espresso cup has about 80mg of caffeine, so more than a cup of instant and less than the drip brewed coffee. This is partly explained by the fact that espresso is generally served in a much smaller quantity than other types of coffee. The type of beans can affect the amount of caffeine in the coffee too, with robusta coffees having twice as much caffeine as arabicas.