Prostate cancer is an issue which affects many men, and although the cancer is one of those which is easily cured when caught early, some startling new research suggests that there are lifestyle changes which can lessen the probability of developing prostate cancer in the first place. The exact causes of the condition are still unknown, and research is continuing into what causes some people to develop prostate cancer and some to remain unaffected. 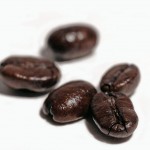 A recent study in the US found that men who drink six or more cups of coffee per day are 20% less likely to develop prostate cancer than men who drink less coffee. They also found that they were 60% less likely to have the aggressive form of cancer which quickly spreads to other parts of the body. This study has attracted lots of attention as it involved a large sample of almost 50,000 people over a 20 year period. Men were asked to record large amounts of data about their diet and what they were eating and drinking to see if a link could be made between coffee and prostate cancer. No differences were found between people drinking caffeinated and decaffeinated coffee but as yet scientists have not been able to isolate which chemicals in the coffee are the ones which are responsible for this decrease in developing cancer. It seems most likely that antioxidants in the coffee which help to boost the body’s own methods of renewing cells and fighting off infection are probably strongly involved in the preventative effects.

It is still too early to say whether or not drinking coffee is a good idea to try to decrease your chances of getting prostate cancer. Doctors have been quick to state that people who are not drinking coffee at presents should not start purely with the aim of preventing cancer, especially given that caffeine can exacerbate urinary difficulties which can be confused with prostate problems. Caffeine taken in excess has other health implications and therefore if drinking a lot of coffee it is wise to try to switch at least some of the consumption to decaffeinated coffee. High caffeine intake can also cause heart problems in some people and therefore nobody should start dramatically increasing caffeine intake. It should also be remembered that this study, although it involved many participants, has shown results that have not been replicated in other studies. More research needs to be done to establish which are the ingredients in the coffee which are having an effect on the cancer. The study also needs to be repeated as the methodology used relied on men recalling how much coffee they have drunk over the past year rather than asking them to log this consumption on a daily or weekly basis.

1 thought on “How Does Coffee Affect Prostate Health?”