Diabetes is one of the health problems which is most talked about in the media, and an ever increasing number of people are suffering from the condition. There are two types of diabetes. Type 1 usually comes on in childhood and requires the sufferer to have daily injections of insulin. Type 2, also known as adult onset diabetes, does not require the patient to inject themselves, and the condition is controlled by diet and lifestyle changes. Diabetes is very under diagnosed in the general population, and it is estimated that vast numbers of people are living with the condition but are unaware that they have it. 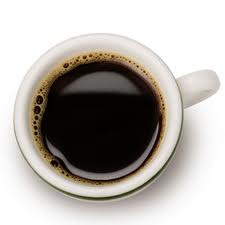 But what has all this got to do with coffee?

There have been several pieces of academic research which seem to prove that people who drink three of four cups of coffee or tea per day cut their risk of developing type 2 diabetes by up to a fifth. The exact percentage decrease varies from study to study, but most researchers seem to agree that a decrease is definitely happening. Initially researchers thought that it was the caffeine which was having the preventative effect, but even better esults were shown in people who only drank decaffeinated tea or coffee. Scientists are not quite sure what is going on to cause this effect, and think that it may be a combination of one or more of the active ingredients in the coffee as well as the lifestyles of the people who are in the lower risk groups. One theory is that something in the coffee stops sex hormone-binding globulin, a chemical which has in the past been linked to developing diabetes.

What about people who already have diabetes?

Again, the research regarding whether people who have already been diagnosed with diabetes should drink coffee is contradictory. Many studies seem to suggest that drinking four cups a day of coffee or having caffeine in tea or soft drinks such as cola when you have type 2 diabetes can raise blood sugar levels and make it harder to control the diabetes. This time it is known that it is the caffeine to blame, as the caffeine seems to hinder movement of glucose from the blood into the muscles and other parts of the body. As it is thought that the caffeine is purely to blame, it may be that for type 2 diabetics making the switch to decaffeinated coffee might be the best course of action. domain analysis More research is needed into the topic though in order so that scientists can understand exactly what is going on inside the body when someone is drinking coffee. Research studies to date have been on a very small scale and in order to prove one way or the other whether diabetics should steer clear of caffeine more research on a larger scale is necessary.

17 thoughts on “Coffee and Diabetes”