Since cappuccino is one of the most popular preparations of coffee, cappuccino drinking trends in the U.S. make for an interesting study. Cappuccino is natively an Italian beverage that has a powdered base. Its ingredients include espresso, hot milk and milk foam.

It is mostly taken hot, and the layer of foam over the coffee, along with the traditional porcelain cup in which it is served, helps to keep it hot for long durations. Nevertheless, it can be taken cold too. A popular variation is chocolate cappuccino, which has cocoa power and sugar in addition to the regular ingredients.

Coffee has always been a favorite beverage for Americans. I am listing some interesting statistics about coffee consumption in the United States.  An estimated 80% of Americans consume coffee to some degree, and 58% of Americans admitted their daily dependence on the drink. (Thanks Brent!) This makes for up to 400 million cups of coffee everyday. Starbucks did not get so famous for nothing!

Surprising as it may be, the average American gets most of his antioxidants from, not fruits and veggies, but from his daily cup of coffee. Surveys show that the average American prefers coffee to soft drinks. The coffee market in America is worth $18.5 billion, an increase of $5.5 billion since 2000. The annual per capita consumption of coffee in the U.S. is 9.7 pounds. This is huge, considering the fact that the size of an average cup of coffee is 9 ounces.

Cappuccino as the New Trend 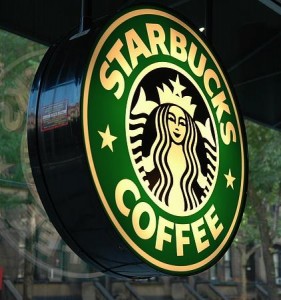 Cappuccino has replaced the traditional espresso Americans used to prefer. The youth, surprisingly again, are very fond of this beverage. Studies show that 50% of teenagers are regular cappuccino drinkers. Within a span of 5 years, from 2000 to 2005, the sales of cappuccino have increased 11.4%. This is a considerable increase considering the emphasis on healthy diets that has been changing the U.S. market since the new millennium.

The popularity of cappuccino has been increasing tremendously since the last two years. The annual consumption of cappuccino in the United States is 200 million pounds, and the rate of consumption is predicted to increase in the future.

The popularity of cappuccino in the United States comes at the cost of the consumption of other preparations of coffee. While cappuccino is claiming a bigger market everyday, regular, espresso and latte coffee consumption is on the decline. This signifies that most latte and espresso drinkers have shifted to cappuccino. Fast food chains, full-service restaurants and all food service joints admit that cappuccino is responsible for a significant portion of their revenue.

Italians take cappuccino solely with breakfast. That is not the rule with Americans, with 64% coffee drinkers having their cup with breakfast and a considerable 28% taking it between meals. On an average, Americans consume 3.3 cups of coffee everyday. All these figures only help illustrate the tremendous market cappuccino has shelved for itself in the recent years, and that the trend is there to stay.

9 thoughts on “Cappuccino Drinking Trends in US”